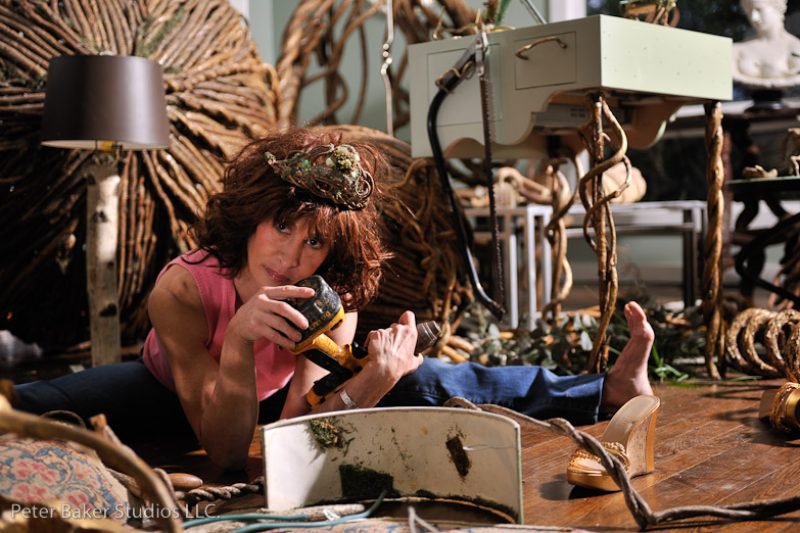 Laura Spector is a modern master. The rustic furnishings she divines from the meandering Oriental Bittersweet vines she forages from the woods near her Connecticut home further the 18th century romantic tradition of picturesque furniture. Light in spirit, rich in detail, each of her one-of-a-kind sustainable pieces—which range from benches, to mirrors, sconces, tables, stairways and follies – is a tour de force that straddles the boundaries between art and design, between nature and the decorative arts, between the rustic and the refined.

With an ecological backbone and a heart full of whimsy, Spector has won international acclaim as both an artist and furniture designer. Interior Design Magazine named her one of the century’s iconic furniture designers – the same year she was first invited to exhibit at the prestigious international art fair, Art Basel/ Miami. She has been featured numerous times in such publications as House Beautiful, The New York Times, Interior Design, Garden Design, Vogue, Landscape Architecture, Oprah, Architectural Digest, as well as several books on rustic, interior and garden design.

With her sense of timeless elegance, refined simplicity and a touch of whimsy, Spector brings a contemporary and sophisticated sensibility to the grace and beauty of the organic form.